News about
Staffcloud and
HR topics

The false promises of the gig economy

With the event of Uber's IPO, a new form of work has become acceptable - the gig economy. It has created members of a new working class, somewhere between drudge and minute-scale entrepreneur. It is time that politics reacted.

«Work whenever you like, and only on projects which appeal to you. Work in a flexible manner and enjoy a casual lifestyle.» This is how the new digital labour exchange platforms have touted the benefits of life as a freelancer. Such companies, among them Uber, Deliveroo, Upwork, and Toptal, do not view themselves as middlemen, but as marketplaces where anyone can offer their abilities - packaged as services. The clients are to have a huge range of "freelancers" at their disposal - no matter how minute the task. And all this at an unbeatably low price, because digital marketplaces know no national borders and the "freelancers" have to compete globally. This is the brave new world of the gig economy.

If something sounds too good to be true, it usually is. Even our parents already taught us this.

Before looking at this in detail, I would like to remind you of one of the most important deals in our society: namely the deal between companies and employees. Companies make decisions or set targets which employees are to fulfil to the best of their abilities. Companies take on entrepreneurial risk and can claim profits if they turn out to be successful. Employees are in turn entitled to remuneration without having to bear any risk, which they receive in the form of wages. Usually, wages are their only form of income and are protected by a range of laws.

The business model of gig platforms does not want to simply upset this deal, it wants to destroy it completely. In keeping with the Silicon Valley motto: «Move fast and break things».

Private individuals and companies are constantly dependent on external services. Up to now, they either employed people who could render such services or hired companies who could offer these services through the help of their employees.

But the gig platforms work differently. They bypass the traditional method for hiring people by connecting "freelancers" with clients. In their business model, "freelancers" are assigned the role of minute-scale enterprise, even though all they charge for are their working hours. Thus, these "freelancers" essentially remain in the position of employees, but there is one substantial difference: the "gigs" (or jobs) are irregular and are not subject to the protections of the deal described above.

Two Beneficiaries – Freelancers Are Left Behind

Following the logic of the gig economy's business model, neither the platform's clients nor the platform itself need to worry about the kinds of protection which are usually in place for employees (unemployment insurance, pension and health insurance, etc.) Since it cannot be assumed that these "freelancers" set the cost for their own social security payments (insurance, pension, etc.) off against the hourly rates which they charge clients, the savings in uncharged costs can be split between the platform and its clients. Ultimately, it is likely that the public will end up paying the price for the "freelancer's" lack of protective coverage.

Why then is it that societies tolerate the rise of such business models? For one, politicians need some time to recognise the consequences of a non-sustainable business model.

On the other hand, the players within the gig economy know very well how to conceal the cost which they leave the public to bear. To do so they have brilliant marketing experts, lawyers and lobbyists at their disposal who are financed with money from their freely-flowing venture capital.

I trust in our rationality and that we will eliminate such business models from our lives in the long run, or force them to change in a way which makes them serve society as a whole. 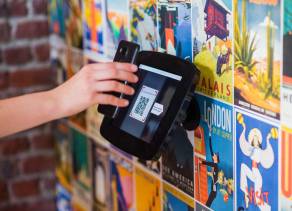 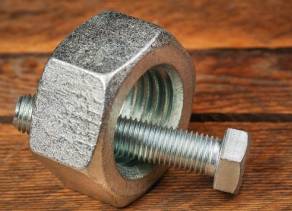 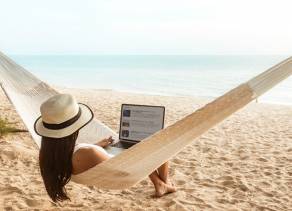